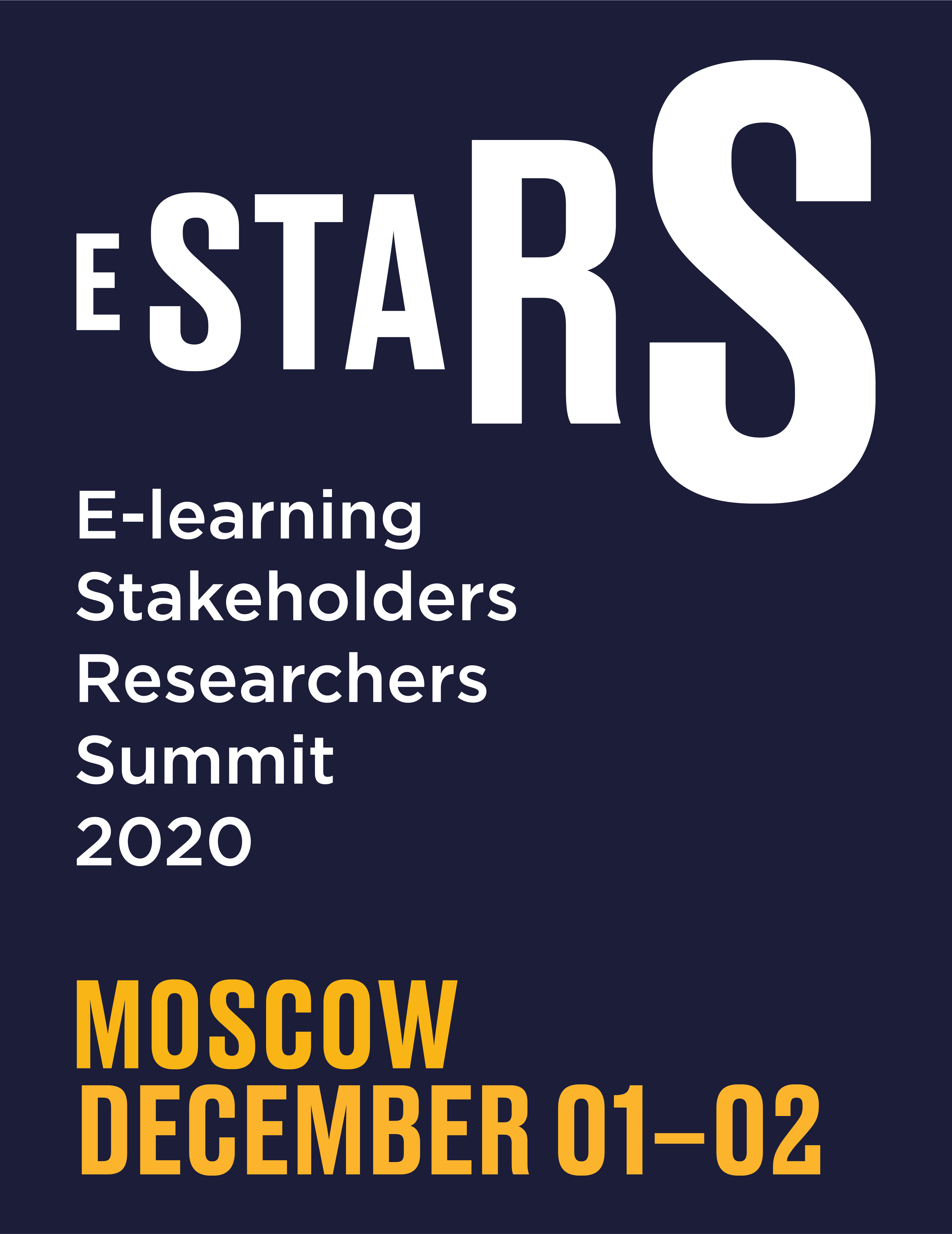 For the third time, HSE brought together researchers, practitioners, experts, opinion leaders, visionaries, executives, education leaders and representatives of the business community to discuss the main challenges that education faces in a rapidly digitalizing economy. The eSTARS 2020 main topic was “Transformation of Education to Meet Global Trends of the Digital Economy.”

eSTARS 2020 provided a platform for scientific and expert community to discuss topical issues, which universities face today due to the increase of the mutual influence of digital technologies, economics and education. 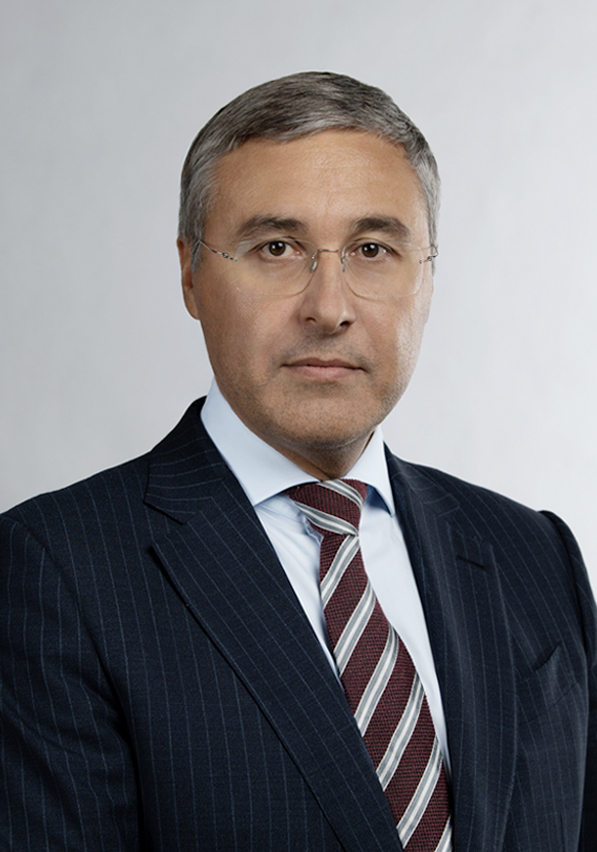 Dear Colleagues!
Welcome to the International Conference on Online Education.

Modern universities perform not only educational and research functions. They are becoming large intellectual centers that take responsibility for contributing to the socio-economic, technological and innovative development of the regions where they operate.

We see evidence of this right now. During the pandemic, universities became centers of volunteerism, help and support.
Everyone remembers how in March this year the vast majority of students around the world were forced to switch to a remote or blended learning format. Thirty years ago, in a similar situation, the educational process would have been stopped completely. Now universities have restructured their work, while maintaining the involvement of students and teachers in educational and research activities.

It is worth noting that digital education is far from news: the digitalization of the economy, even before the pandemic, set the task of digital transformation of universities, research centers and industrial partners for higher education. A global trend for education in the digital environment has already been recorded: online platforms are showing multiple growth.

At the beginning of the pandemic, leading Russian universities provided free access to more than 630 courses in various areas. All of them are presented on the website of the Ministry of Education and Science of Russia and can be used by everyone.

Nowadays, employers look not only at the diploma, but also at the set of skills that the future employee has. We also hear from them that in the context of the digital revolution, our graduate must have leadership qualities, the ability to work in teams, be a communicator and conductor of ideas, think strategically, critically and tactically.

New technologies help to determine the level of competence and understand what requires constant development. Leading scientific and industrial leaders are interested in graduates with the necessary set of skills to come to them, therefore they are actively involved in the process of creating partner courses with our universities, opening joint departments. Blended learning, taking the communication of a teacher, student and employer to a new level - these are areas where universities around the world have to do even more work.

The summit was attended by over 1000 people from 150 universities around the world, 100 speakers from the academic world and business took part. During the two days of the conference, the participants considered the following issues:

At the plenary session and the first session, representatives of the world's leading universities, their associations and educational platforms spoke about the role of digitalization in the development of higher education, about the impact of the pandemic on the educational process and about new approaches to organizing the interaction of teachers and students.

As HSE Rector Yaroslav Kuzminov emphasized, Russia is very seriously ahead of the rest of the world in the development of online learning, and this can be explained by our territorial characteristics. At the same time, a number of Russian universities are characterized by serious resistance to the introduction of digital technologies. Weak teachers, to whom students already prefer their “digital competitors” - teachers of leading universities, argue that distance education is not of high quality, and thus try to maintain their positions.

According to Yaroslav Kuzminov, distance education for universities is an opportunity to break into the future, to provide a better quality education. For a student, regardless of where he studies, the choices become endless. In an increasing number of universities, massive online courses are replacing standard lectures, and this is understandable - only 15% of students usually attend such lectures, and everyone who signed up for them attend massive online courses. This frees up the time of professors who, after mastering online courses, students can meet with those of them who are interested in these courses.

The rector announced the forthcoming launch of four new HSE online master's programs in conjunction with Coursera, in addition to the existing Master of Data Science program implemented by the Faculty of Computer Science. Coursera CEO Jeff Magionkalda, in turn, noted that universities like HSE are at the forefront of innovation, and there is no other university in the world that cooperates with this educational platform so actively. 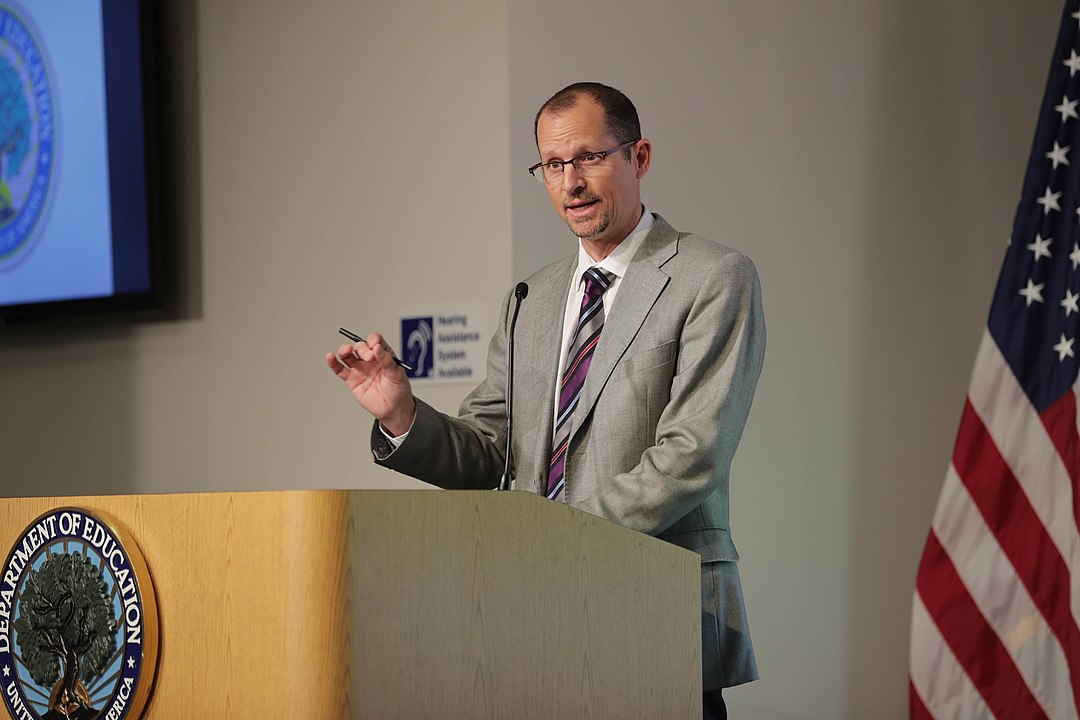 In his opinion, the pandemic has given a serious acceleration to the digital transformation of education. With nearly 90% of universities around the world ending contact learning, Coursera launched an initiative to support university distance learning, a similar initiative for those who have lost their jobs. The number of Coursera listeners has grown significantly; 76 million people study its courses worldwide, including 2 million in Russia. Collaboration with government organizations and industry partners has been established - more than 2,000 companies around the world use its courses to improve the digital skills of employees. “Students want the skills of the future to help them get the jobs of the future,” said Jeff Magionkalda.

Luciano Saso, Vice-Rector of the Network of European Universities of the University of Rome La Sapienza, President of the Network of Universities of European Capitals (UNICA), emphasized in his speech the benefits of online education, which became evident during the pandemic. First of all, this concerns academic mobility. It became clear that a professor might not move to another university if he needed to read a short course there. In the same way, great opportunities have appeared for students to communicate with professors around the world, to create international research groups. Luciano Saso showed two photographs of the anatomical theater in Genoa - before the pandemic and after: in the first it looks the same as several centuries ago, in the second it is a modern auditorium with digital equipment for broadcasting the action.

At the university session “The Impact of COVID-19 on Education: Challenges and Successful Practices”, the Italian professor's thesis on the new academic mobility was continued by his Spanish colleague Carmela Cales-Burdet, Vice-Rector for Internationalization of the Autonomous University of Madrid. She suggested using the term “mixed mobility”, which in the context of the development of digital technologies becomes mobility for all. The first steps towards a transition to mixed mobility, combining virtual and physical mobility, were taken by universities in Europe even before the pandemic, and they received it with great enthusiasm. The educational process in this model includes both contact hours and learning using digital technologies, and not only listening to lectures, but also teamwork.

“Thanks to digital technologies, it was possible to remove many barriers to the organization of the educational process associated with time and space. The Higher School of Economics has been able to attract great colleagues from various universities around the world by forming the Institute of Digital Professors. Colleagues now teach classes at our university, and this is an important element in improving the quality of education. In addition, we now have the opportunity to conduct online training sessions for all four campuses in four Russian cities at the same time, ”said HSE Vice-Rector Sergei Roshchin.

In his presentation, he also stressed that massive online courses, which previously seemed to be a major innovation, are becoming just one element of the distance learning system. This system must be complemented by other elements of online education related to direct communication between teachers and students. There is a serious request for tutoring, which can only exist in a synchronous format, for communication in a video conferencing mode.

This thesis was supported by Sorin Kostreye, Vice-Rector for Public Relations, University of Bucharest. “We need to pause and analyze: are we just delivering information to students or do we need a real dialogue, interactive? A professor does not need to be a guru, his ability to communicate with students is much more important. There is, of course, such a problem as turning off the cameras by students during classes, but sign language and facial expressions are also an important part of communication. One way or another, we are now working in a new reality, and we need to learn to adapt to it, ”he said.

Francisco Marmolejo, Education Adviser, Qatar Foundation for Education, Science and Community Development, recalled the words of the American management theorist Peter Drucker in 1997 that universities will not survive unless they change the traditional way of transferring knowledge. And now this method has changed, and very quickly. Another issue is that the transition to new technologies is limited by the digital divide, and some people cannot learn simply due to the lack of a computer on the Internet. Therefore, the main challenge facing the education of the entire world is to reduce the inequalities that arise from distance. We also need to look for new ways to engage students so they don't fall asleep in class or switch to online games and friendly chats.

Yee Ren, Vice Rector of the University of South Queensland (Australia), spoke of the need to create an ecosystem of support for distance students. For example, you need a support hotline with 24/7 access from various devices. Well it is also important to support teachers - before the pandemic, many of them had no online experience at all, and they had to quickly integrate new technologies into the educational process, teach professors to conduct classes online and record lectures in video studios. Ronghua Huang, Dean of the Education Department of Beijing Normal University, suggested not to arrange long lectures, limiting himself to videos of no more than 15 minutes, and not overloading students at all.

Definition of the strategy and prospects for the digitalization of education.

Discussion of the main trends and state policy in the field of digitalization of education; challenges of the market and the position of the business as a potential employer.

Unique studies of online education. Ideas and new solutions obtained during the intersection between scientists and practitioners.

Heads of universities and educational organizations

to learn about improving human potential and building stronger teams

to get inspiration from experts and create effective learning programmes

Consistently ranked as one of Russian's top universities the Higher School of Economics (HSE) is a leader in Russian education and one of the top economics and social sciences universities in Eastern Europe and Eurasia. The co-founder of the Russian National Platform for Open Education, HSE includes MOOCs into its curricula since 2013.

#1 among Russian universities on Coursera

The world’s largest online learning platform for higher education. More than 200 of the world’s top universities and industry educators partner with Coursera to offer courses, Specializations, certificates, and degrees that empower over 65 million learners around the world to achieve their career goals. 2,000 companies trust the company’s enterprise platform Coursera for Business to transform their talent. Coursera for Government equips government employees and citizens with in-demand skills to build a competitive workforce. Coursera is backed by investors that include Kleiner Perkins, New Enterprise Associates, GSV Capital, Learn Capital, and SEEK Group.

8 universities and 2 industrial partners from Russia

UNICA is a Network of Universities from the Capitals of Europe, founded in 1990. Currently, it includes 53 Higher Education Institutions from 37 European capitals combining over 175,000 staff and 1,950,000 students. Russia is represented in UNICA by HSE University, Lomonosov Moscow State University and Peoples' Friendship University of Russia (RUDN).

More than 500 visitors over the course of 2 days.

Leaders and professionals from 14 foreign universities, leading Russian experts, representatives of the Ministry of Education and corporate business.

Leaders and professionals from 56 universities, leading Russian experts, representatives of the Ministry of Education and corporate business.